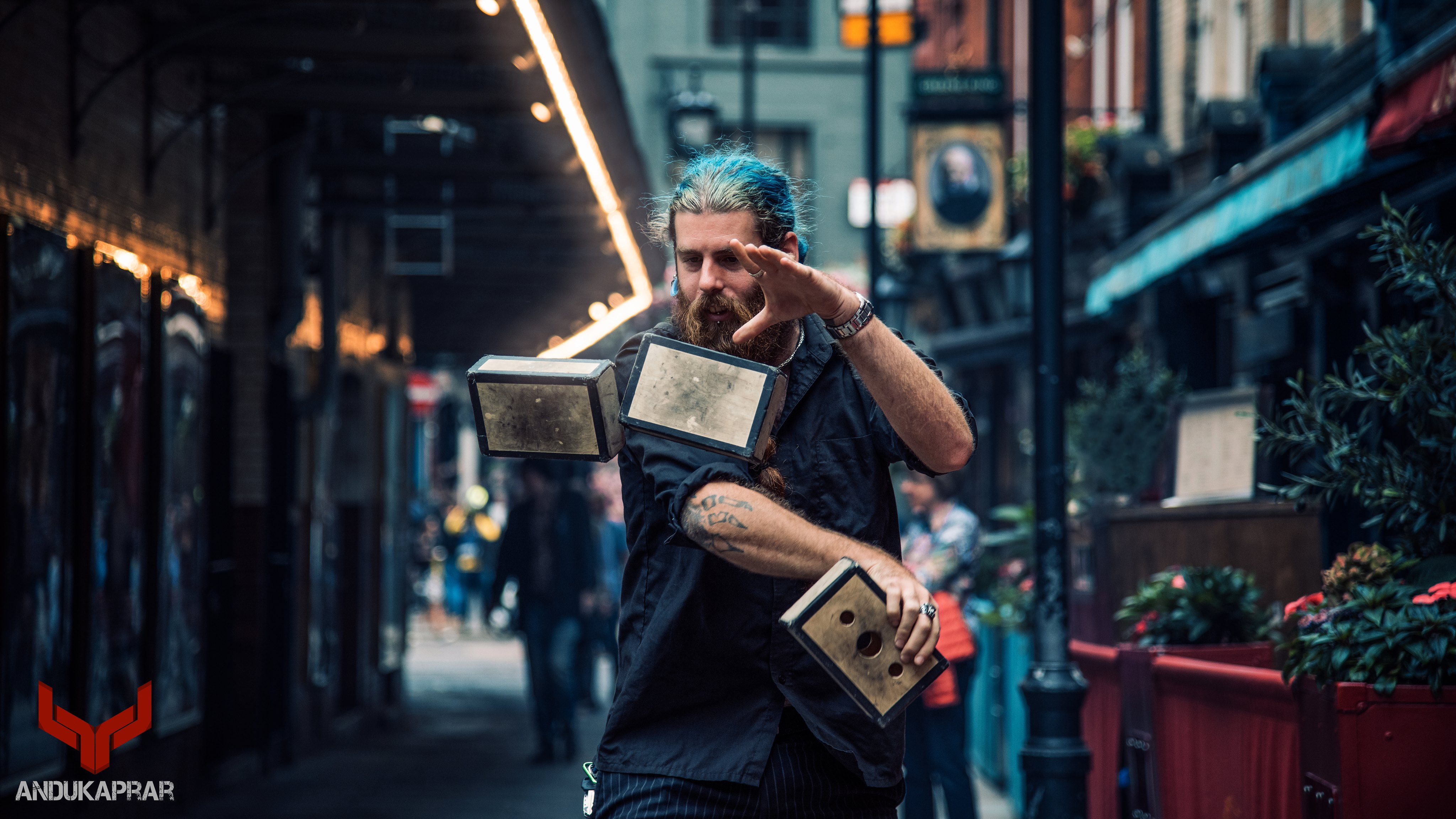 Logy is a Belfast based bearded multi manipulator and performer. Performing since 2001. From Northern Ireland, he has performed in many countries’s all over the world as a successful Street and Stage performer with both comedy and circus.Learn More 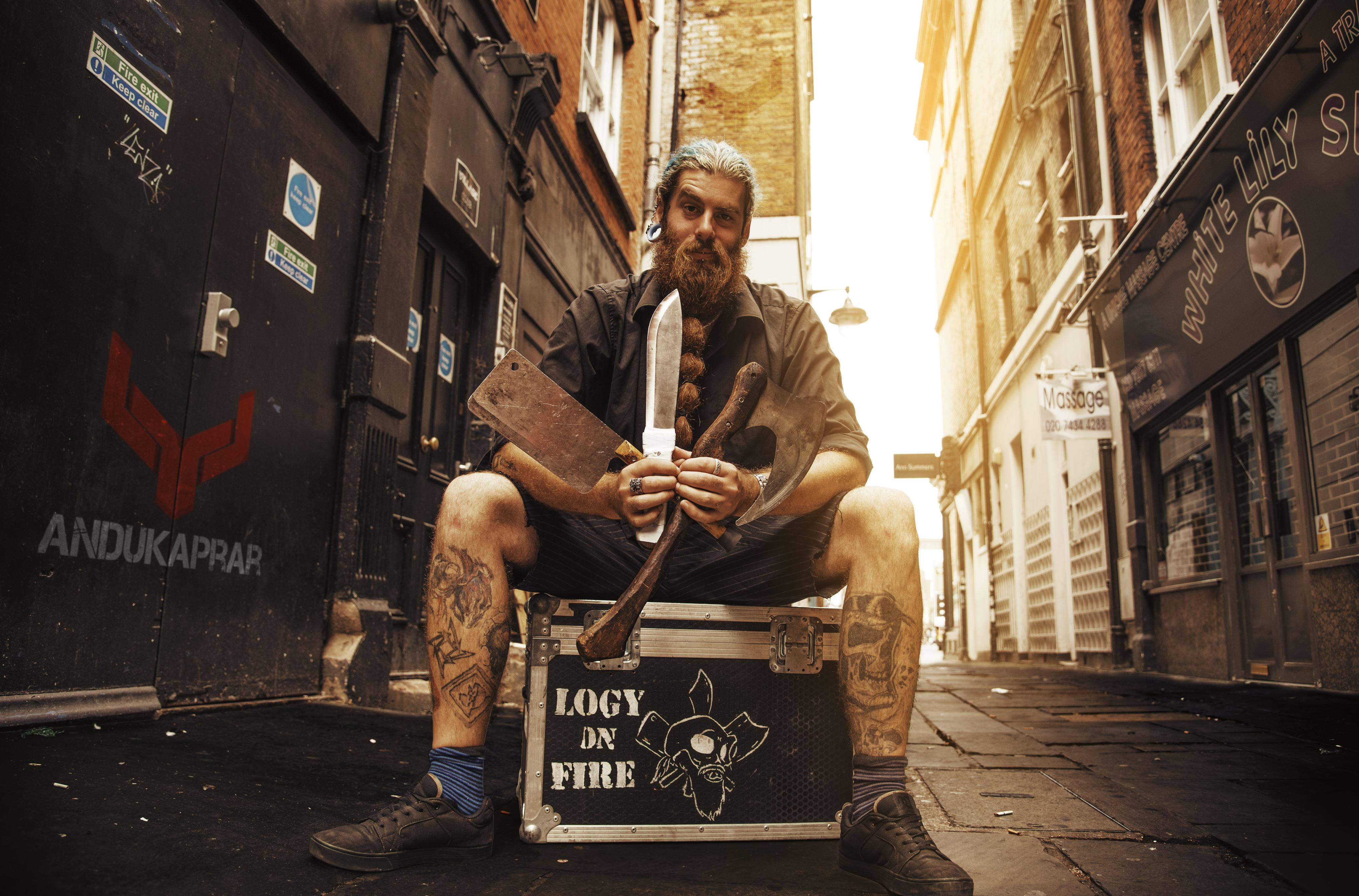 Logy is a world class stage and street performer. having performed in many countries over the world and has been Featured on TV and Radio.

“one of the top cigar box performers in the UK and Ireland. His live act blends elements of comedy, vaudeville, parlor tricks and death-defying performance” Culture Northern Ireland

“In addition to Logy’s indubitable circus skills his constant patter before, during and after each stunt is never less than laugh-out-loud funny and often touches genuine outright hilarity” ★★★★★ 100% Rock Magazine,

“Entertainer who brings old-school classic juggling and the like crashing into the twenty-first century” ★★★★★ Fourth Wall Media,

for more information, bookings or details